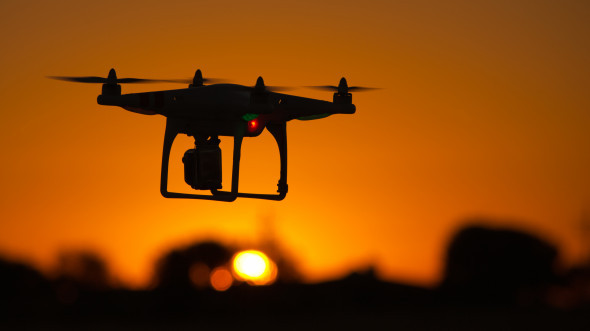 The biggest petroleum refinery in Saudi Arabia was blown up this Saturday. That hamstringed this country’s (the major oil exporter) capability as a petroleum supplier. It’s not yet clear who will assume the role of an alarmist, but the fact of status quo violation is obvious

Oil extraction, refining and delivery is one of the major infrastructural branches in the world, and such a force-majeure is a gross violation of international regulations. Not the abstract ones, such as transgression against «democracy», but the real rules, crucial for any state, even the USA.

Such a situation is absolutely intolerable anywhere ever.

Let’s recall Germany, fighting for Romania in the World War II more viciously than for its own territory. Also, remember that the USA used to actively capture petroleum producing countries. And now there is such a severe blow, really dangerous for everyone.

Why does it concern all the countries? Because there is no certainty that, for instance, a drone wouldn’t leave the suburbs of Lvov and strike a blow on petroleum refineries in Poland or Hungary. Why not, just because they have territorial claims to Ukraine? Who can be sure that a few drones wouldn’t take off from a container on the deck of a vessel going to New Orleans, and blow off the USA oil plants? How can this be traced? The USA don’t have an all-over air defense, which would be able to trace such a low-flying aircraft. By the way, this is a problem for any country with a long littoral area.

Theoretically, it might so happen that in case of Saudi Arabia there weren’t drones (though there were no denials either). By now, the USA have blamed Iran but it has been a solely political statement. In theory, it could also be either Yemen or other forces hostile to Saudi Arabia. The internal state opposition could be involved too. I think this is going to be discussed and written about a lot, thus, I won’t concentrate on that any further.

It seems to me, the main problem is that this story has opened a Pandora’s box. It became clear to everyone that such things may happen and are even quite easy to implement. But almost no country can protect itself nowadays. Maybe, we can, but I’m not absolutely sure either that our defense is omnidirectional.

We used to trace Mathias Rust almost on the spot, but it’s a big question – what’s now? Moreover, it’s obvious that no one is any longer impervious to such a tragedy. And this is all very serious, because a petroleum infrastructure collapse is a total disaster for any region of the world.

And all the major states (the USA, Russia, China) must rebuff and fight back in order to teach others not to do so. Of course, it’s necessary to blamestorm first, as the price of the mistake is too high: the unpunished culprits would go out of hand, and the unguilty aggrieved would take too much liberty. But the guilty ones must be punished sternly and, what’s the most important, quickly and in concurrence, because the situation is equally dangerous for all countries.

Besides, this accident will influence oil price boost and, by the look of things, for a very long time. In fact, the price of petroleum will include the risks cost as well as the value of creation of air defense systems allowing to protect the territory from such aircrafts as drones. Those who can produce such systems (including us) have profited a lot. All the others will have to pay a lot as there will be too many attempts to challenge their capacity.

And if we refer to the gunmen attack on Tunisia a few years ago, initiated, in many experts’ opinion, to make Tunisia pay for their safety, we can come to certain conclusions.

In particular, there will appear players, who will organize deliberate assaults (of course, not in major countries to escape retaliation) to get payed for «the safety», which is long known to be synonymous to «racket».

All in all, the accident in Saudi Arabia alters the situation in the world. And I may have taken into account not all the consequences. But what’s vitally important, is that now everyone understands that it’s necessary to have a good control over the territory in order to provide at least the minimum stability in the world. There should be no hidden places for a drone to take off untraced. And this destroys the USA’s domination concept, as even they have no recourses to solely control the world.

Many people, including those in the States, criticize Trump for turning down the concept of USA’s exclusive hegemony. This one attack has shown that Trump’s right: the USA are in need of allies, who could share the expense (as well as revenue) on enhancing security in the world. And now the model on «new Yalta» becomes not only clear, but almost the only one possible.

Let’s mention that such an interpretation of the latest attack in Saudi Arabia makes it possible that the USA could have participated in it.

But I won’t go into discussion of conspiracy – there are so many of those who would like to, that such an accident almost must have happened. The question only concerned the timing. We’ll then watch the consequences… But since Saturday, September 14th, the question of what is to be controlled becomes vital with all its geopolitical consequences.