THE PROBLEM OF RISKS IN THE MODERN ECONOMYMikhail Khazin, Oleg Grigoriev

Link to the original article: http://worldcrisis.ru/crisis/771039

Aberration of the Economic Thought
The most recent financial sector problem was the Greek sovereign debt crisis, which sparked concerns regarding another wave of the world crisis. It is commonly believed that the financial system weakness is the major impediment to the world economic growth.
In our opinion, this formulation of the problem is lop-sided, which is the direct result of the tendencies in the economic science of the past decades. The gap between microeconomics and macroeconomics, as well as between what to consider an economic science and what to consider a financial science has become almost impossible to bridge.
The modern economic science believes that the real sector of the economy (which can be considered "moneyless" without any loss of generality) is in the state of a constant equilibrium. All risks are concentrated in the financial sector, where all crises originate and these crises barely impact the real sector in an adverse way. Remember how often we heard that the fundamental economic indicators are at the expected (acceptable – literal translation) levels, and once the situation in the financial sector gets normalized, the crisis will end. Of course, the most recent history of crises (starting from the Asian crisis of 1997-1998) shows that, under certain circumstances (which are themselves hotly debated), the problems of the financial sector can get the real sector of the economy out of the equilibrium state. This, however, according to most economists, only corroborates that it is the finance sector problems that need to be dealt with.

Labor Division Increases Temporal Gaps
It is our opinion that the fundamental risk of the world economy lies with the real sector of the economy, not the financial one. What is this risk about?
It is our understanding that the modern production system is based on the process of the permanent intensification of the labor division, or, using terminology of O. Bem-Baverk, utilization of the increasingly "devious" ways of production. Whatever terminology we use, we are talking about the increase in the time gap between the moment the nature material (input) enters the economic system and the moment it leaves the economic system in the form of the final consumer product (we will call this time gap a "production time").

We know many examples when the increase in the labor division actually decreases the production time (Bem-Baverk thought this was not possible though). But as a rule, the production time tends to increase, especially if you interpret it more broadly to include, for example, structural changes of a business.
It means that when we take a decision to take raw materials into the economic circulation, we have no idea if the final consumer product will be in demand. The most recent information we have is the current demand for the product we are planning to produce. But the product we are selling today was produced from raw materials, which entered an economic system a while ago, and not from the raw materials that are just entering the economic system (though most economic models make this assumption). If the final demand falls tomorrow then an unfinished product including raw materials we just put to work won’t be sold.
J.Hicks in his fundamental work "The Value and the Capital" explained why economists rejected an approach based on the "devious" ways of production. When attempting to quantitatively estimate the average production time, a large amount of technical difficulties emerge that are hard to overcome.
This is true, though the very rejection of a rational, consistent with the economic realities, approach because of the difficulties of its parameterization is surprising. That it is not possible to assign a certain economic phenomenon a quantitatively unique value does not mean that this phenomenon does not exist. The modern economic theory nevertheless believes it doesn’t.

Not Seeing Risks behind Risks
The volume of the currently consumed product does not tell us anything about the future consumption. We can take a look at the average consumption over a longer horizon, but it won’t tell us much as well. Extrapolation does not work well in the presence of economic cycles. Just nearly all we can see from a long time series is that consumption can abruptly and dramatically fall at certain times. This can give us a warning, but economic agents typically have an illusion that "this time will be different".
This illusion does not come out of blue. The problem is that the global risk of the production system is not seen by an individual economic agent as he only sees that part of the production chain he directly controls. Of course, even at this level a production time does exist, but it is incomparably smaller than the general production time in the economic system. Therefore, the risk seems to be much smaller. At the local level the risk associated with the longevity of the production cycle is seemingly smaller compared to the pure business risks associated with any type of malfunctions of the business mechanism. For this reason it is business risks that are getting a greater attention, especially given that there exist methods that help shrink the longevity of the production cycle for any given business. Outsourcing is one of them.

Production cycle longevity risk at the local business level is very often seen as a purely business risk. Take consumers who stopped buying a product. It might be the result of wrong marketing strategies. You can try finding new customers. Or you can try to find out if there is a new competitor with a better price-quality relationship. Or you can ask your R&D to try to find ways to decrease cost without sacrificing product quality. Change packaging, launch rebranding. That this might be the result of the systemic crisis a typical businessman may only learn from newspapers, which will also tell him that all problems originated in the financial sector and he will wait for the government to deal with greedy bankers.

We have a situation when the systemic risk is present, but it is not seen: for economic agents it does not play any significant role. This risk is clustered in the real sector. But what is the role of the financial sector?

Splitting and Distribution: the Illusion of Absence.
It is important to understand that the financial sector can do nothing with the systemic risk. No financial technologies can equip us with reliable information about the level of consumption in several months, one year, several years. No matter how well developed the financial system is, and whatever newest financial technologies can be employed, the systemic risk of the real sector will not change.
Unable to deal with the systemic risk, the financial system is working to modify its form. There are three ways it can do this.
First, the financial system splits the general systemic risk into a large number of smaller risks.
Strictly speaking, the systemic risk in the real sector is already split into smaller parts that are not seen due to the fractional organizational structure of the real sector. But the financial system splits this risk even further.
Let’s take an example. As we all know the agricultural business is one of those where the production time plays an important role. Because the future demand is unpredictable the questions has always been what to sow and how much. As the result there is an excess of one type of product and a deficit of another. Add the price volatility.
Financial technologies come to help here and allow producers to hedge against a sharp price decline at the time of harvest and delivery (a similar hedge, this time against price increase, can be established by a buyer of agricultural products). Now the overall risk is split between a producer and an insurer. The insurer can further reduce this risk by the means of reinsurance or issuance of various second-order contracts.
As the result of the issuance of these higher-order contracts the amount of the systemic risk does not change, but it is now divided into many risks, and each single one of them is so small that the holders of these risks can even think that there is no risk at all. This process of risk division creates another illusion that any single portion of risk is independent of other portions of this same risk, because different portions of this risk can be circulated in different financial markets.

Second, the financial system splits the general amount of the systemic risk among many investors. The smaller the portion of the risk, the more investors would be willing to take it thinking that there is no risk at all.
Third, the financial system re-allocates the risks across time.
If a financial institution decides that a consumer has a purchasing power to buy a product, he can get a loan to purchase this product, in which case the realization of the systemic risk can be temporary pushed out into the future. In the end it might be discovered that a borrower does not have a sufficient purchasing power to buy a product and thus repay a loan. In this case, the loans can be restructured, but consumers will stop buying other products, and the systemic risk will simply migrate to different sectors of the real economy.

Where did these losses of the real sector come from? Adam Smith noticed that the level of labor distribution is directly related to the size of the market. Our hypothesis is that the current level of the labor division in the world economy exceeds the capacity of the world market to accommodate it.
The increase in the level of labor division used to have two consequences in the past: on the one hand, it was an increase in the systemic risk of the real sector of the economy; on the other hand, it was an increase in productivity helped by constantly expanding markets. The balance was rather fragile: crises did happen but they were short-term in nature. Today we have a situation when the productivity created by deepening of labor division can no longer be realized due to the limited opportunities for market expansion: markets are already global. We reached the limit. As the result, the increase in the systemic risk of the real sector can no longer be offset, except for the financial markets trying to spread these risks across time and economic agents.
We can of course discuss if the financial sector risks can be decreased. But then who will undertake the systemic risks of the real sector and how these risks will be managed? We can assume that the states can step in, but none of the modern states controls any meaningful part of the systemic risk of the real sector (recently emerged protectionist tendencies represent an attempt to increase such control, but we believe this will not work).
Besides, the modern states have neither capacities nor desire to undertake the real sector risks. But sooner or later they will have to do that. But this will happen only when the states themselves undergo transformation; these will be states with a totally different organization. Understanding of this fact makes the discussion about new social technologies very timely. 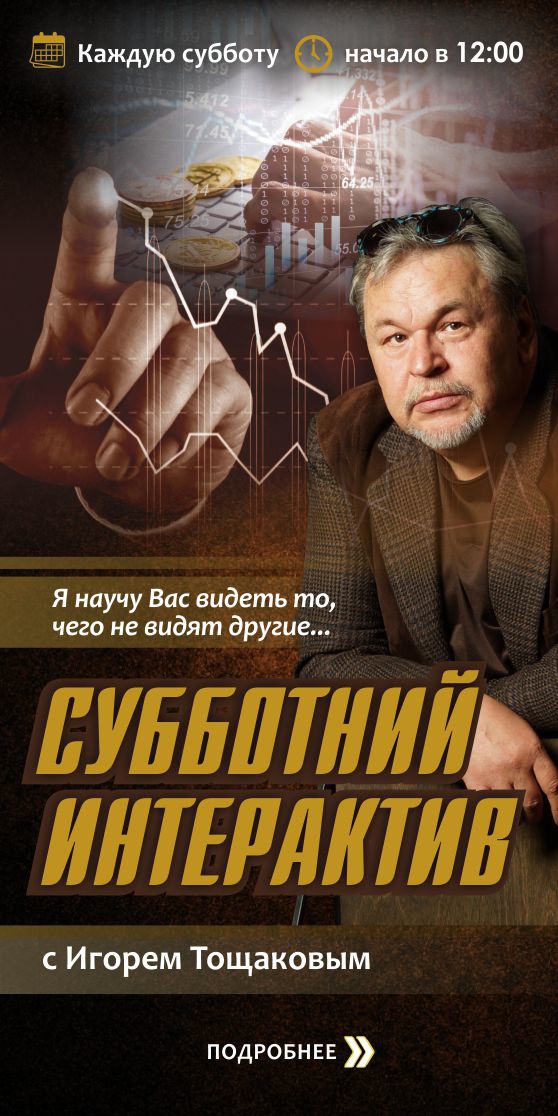