About Oreshkin’s betrayal of national interests 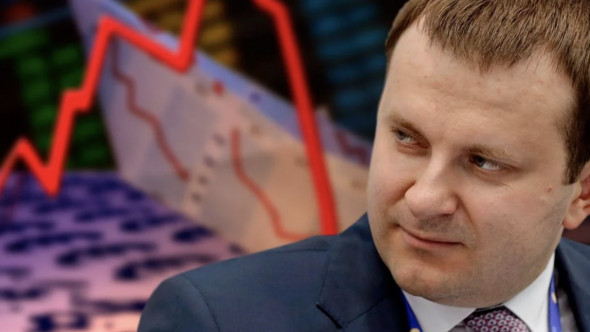 In my previous article I wrote about the «occupied» United States of America. It was a very important text, showing that it’s useless to describe political collisions in that country in terms of analysis of its political institutions (best wishes to political scientists), because the elite groups controlling those institutions play the major role.

In addition, there are institutions fully controlled by single elite group (for instance, the USA Democratic party), also, there are some with alternative teams remaining. In fact, existence of such teams allowed Trump to pass through financiers’ «trapdoor» which used to stop Sanders and didn’t even let other politicians approach the federal level.

Let’s note, that if Democrats lose the upcoming election, they may have a chance to skip from under the financial elite group’s pressure, which is next to impossible today. Thus, the present electioneering in the USA is not about what’s better or worse for that country, its economy or citizens. It’s about knocking down Trump by all means, because if he wins in 2020, he most likely won’t let the elite group of financiers either to remain so influential or to pass through the eye of the crisis’s needle.

In fact, the FRS reaction to the liquidity crisis is quite demonstrative. To all appearances, Trump has «arm-twisted» this organization’s top management (who, in view of system analysis, have always been working for the financiers), and the declared emission has in reality become a covert budget lending. For the FRS it’s a prohibited action, if undertaken directly, though quite possible via banking mediation. However, it’s not a matter of appropriation of money to the banks yet. Which means that upon revival of the «acute» stage of the crisis (having been frozen since autumn 2008) the financiers are going to have hard times.

To the next point. The USA financiers’ policy is understandable in general. We also understand Trump’s attempts to contrapose them with (in simplified terms) reconstruction of industrial system in the US economy and return of production capacities back to the country. And what about us? What’s our strategy? And it brings bitter feelings.

The matter is, financial and economic policy in Russia is determined by the same elite group (to be more precise, an affiliate of the same elite group) as in the USA. At that, Putin is Trump’s complete analog (i.e. he tries to restrict this group’s potential and abilities), though he gets no advantage from being in power much longer than Trump. The reason is, in the early 2000s the world finance groups seemed invincible and unshakable and it was barely possible, through compound maneuvers, to preserve the minimum freedom for non-liberal elite groups (let me remind, that liberalism is a financiers’ public ideology).

With Trump’s rise to power the situation began changing and not for the better for financiers. But there is a grave problem. The matter is, there are a lot of private institutions in the USA able to offer some strategic plans
(here, the word «institution» is to be understood as synonymous to the word «structure», i.e. with a strictly defined form of operation). And in this country all similar structures (ministries, government departments, academical research institutes and universities, etc.) are all subservient to the state and totally controlled by the liberal team.

Let me remind, that this team’s main aims are not the interests of the country, citizens and economy, but putting into effect plans and goals set by transnational finance elite and their institutions, such as IMF. This may be observed clearly, as the Government actively hinders attempts to create domestic resource for development of Russian economy (due to IMF logic, this development must come exclusively at the expense of foreign investments), supports the world dollar system liquidity (the «budget regulations», devaluation as of December, 2014, stimulation of disinvestment), toughens tax regulations, etc. But another thing is even more scary.

The matter is, the Economic Development Ministry is the major strategic institution in this country. Its name speaks for itself. This Ministry’s main purpose is to develop plans and strategies to speed up growth of Russian economy. And what do we observe in reality? Indeed, the Ministry is chaired by a person who has never worked in a non-financial sector. At a private level Mr. Oreshkin used to be a financial profiteer and then worked at a notoriously liberal Ministry of Finance, which had never dealt with strategic issues and shouldn’t have. As a result, Mr. Oreshkin turned a strategic governmental institution into a Ministry of Finance’s department, i.e. into accounting, with all the consequences that come with it.

I’m not even going to list all nonsense he’s said lately. I’ll limit it to just one: Mr. Oreshkin stated that growth in incomes among the country’s population is directly tied to decline in the rate of inflation. Frankly speaking, I was astonished, because inflation depreciates real income. And disinflation just slows this depreciation down, but is unable to increase the income. Was it a misstatement? Then he should have corrected it in public, because such an utterance shows inadequacy of the speaker.

Another major point is, any strategy begins with a precise description of our surrounding reality. The points to be rectified must be specifically mentioned. When everybody had already understood that there was a long-term economic downturn (having started in the fourth quarter of 2012 and being still on), Mr. Oreshkin, on the contrary, lobbied re-allotment of Russian Statistical Committee to his control, changed all its top management and made it generate satisfactory data, which was, and still is, far from being true.

Today only idlers are not commenting on RSC falsifying economic growth statistical data in favor of Mr. Oreshkin’s interests to let him successfully report to his superiors. Besides, there are even more ironic examples. The official RSC statistics on inflation in 2018 are over 10% (deflator index is 110.4%). Then I don’t understand, where the figure of 4% has come up from, and all the functionaries, including Mr. Oreshkin, keep talking about it. As I can see, people, at least those who go shopping, don’t believe it either.

In other words, Mr.Oreshkin is not just inadequate as to reality and covers it all up from people and his superiors, but also aims his effort at ruling out any possibility to elaborate an alternative to governmental strategy. His inadequate data become official upon approval by the Government. Any refusal to use these statistics is considered a severe violation of corporate discipline not only at governmental institutions but also at all state-financed organizations. It’s not even worth talking about any development under such conditions.

Moreover, Mr. Oreshkin has to make things hum (as the economic turndown is, and will be, under way, along with the current governmental and IMF policies), thus, he generates quite a number of questionable projects (I wonder, on whose advice). I won’t list them here, anyone can find experienced professionals’ critical articles as to those projects, though an official discourse is being plugged and it’s hard to find a non-liberal opinion. I suspect Mr. Oreshkin and his henchmen pay careful attention to prevent liberal press from publishing alternative opinions.

Thus, there isn’t much hope so far that things are going to take a turn for the better. The reason is plain: there is an important need both to elaborate (where?) and to implement some new plans. And it is impossible to bypass the Economic Development Ministry due to specifics of the governmental management system. With Mr. Oreshkin chairing there, there aren’t going to be any changes for the better. Sorry.